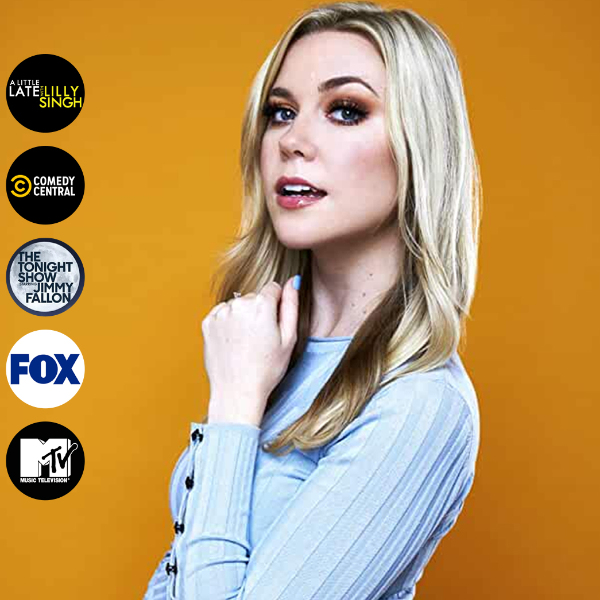 Kelsey Cook’s quick wit and relatable observations create an easy connection with her audiences. She’s the daughter of an International Yo-Yo Champion and a Professional Foosball player, which made for a humor-filled life at a young age.

Kelsey moved to Los Angeles from Seattle two years ago and has spent the last year touring 50+ dates with Jim Norton. She recently started splitting her time with New York where she is a paid regular at The Comedy Cellar, The Stand, Gotham Comedy Club and New York Comedy Club. She regularly appears as a guest on Opie and Jimmy and The Sam Roberts Show on Sirius.

Kelsey has a diverse skill set as a stand up comedian, beauty blogger and host. Her podcast, Cook’d, is at 130+ episodes and has featured guests like: Jim Norton, Bob Saget, Roy Wood Jr., Rory Scovel and many more. When Kelsey isn’t doing stand up, she is a probably at a local bar, hustling people who don’t know she is a World Champion foosball player.